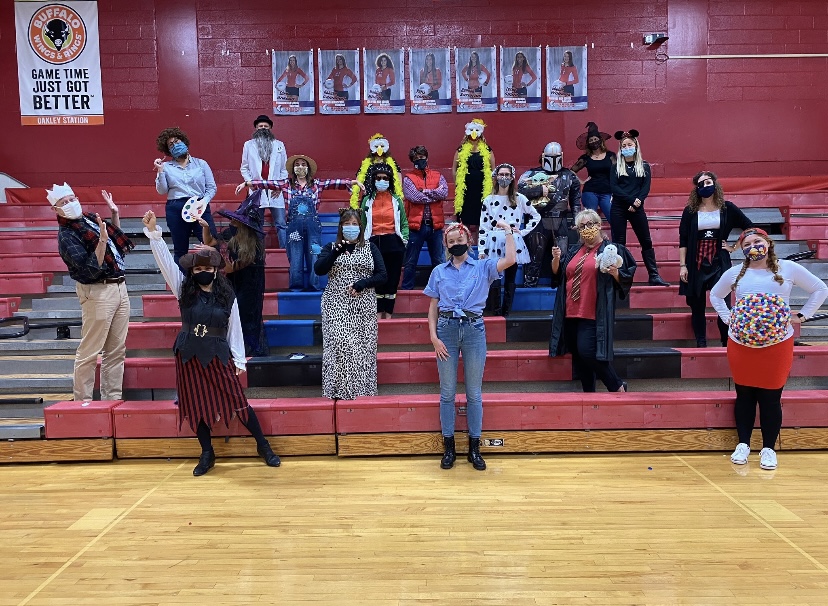 Norwood High School has been a little crazy since COVID-19 took over. With the new hybrid schedule and fun activities such as Homecoming and pep rallies taken away, it has led to a pretty boring beginning of the school year.

Although we were not able to have Homecoming, the Student Council took on the task of trying to make a two-day homecoming week just as fun. They led activities, themes and competitions just to make everyone feel as normal as they can.

One of the most upsetting things about school activities being taken away is the seniors not being able to have their best possible senior year. On Monday and Thursday all seniors who made Homecoming Court received a sash they got to wear with their Homecoming outfit.

Seniors were not the only ones wearing their Homecoming outfits. All students were invited to join in on the fun by wearing any Homecoming outfit they wanted to wear, and administration played music on the louder speakers in between bells. This is as much of the homecoming feeling they could give, but at least it was something.

Since Halloween is Saturday the second day’s theme was Halloween Costumes, and teachers got involved as well. English Teachers Robin Brewer, Donald Deems and Ashley Martin, joined by Intervention Specialist Dawn Atteberry, dressed up as Macbeth and the Three Witches. The science department participated as science teacher Leo Geraci dressed up as scientist Charles Darwin, while the rest of the department were finches.

Homecoming Week will finish with a ceremony announcing the Homecoming Court, as well as the winners of King and Queen before the football game against the Reading Blue Devils at Shea Stadium at 7 p.m., which will be the end of their season. The seniors and football players would love it if you come and support by watching on the train tracks. Make sure to bring your masks and social distance so Student Council can continue planning fun weeks like this throughout the rest of this year.